Host of the Lothians Champion of Champions and Handicap Matchplay 2021

Semi Final on Tuesday 9th August and Final on Thursday, 11th August 2022 to be played at Longniddry Golf Club

The Lothians Handicap Match Play is open to players from all the clubs and societies affiliated to the Lothians Golf Association.

Clubs have complete freedom to choose who represents them with the only requirement being that the player has a national handicap between 10 and 28 at the time of entry. In the past Clubs have chosen their B Champion, the person of the right handicap who has progressed the furthest in the summer singles, the winner of a particular handicap event, or just someone who has expressed an interest in playing, drawn from a hat if necessary.

A draw is made in February, with the first names out of the hat enjoying home advantage through until the semi-finals, which, along with the final, are played at a neutral venue.

More detailed information about the trophy and the winners, including the runners-up, venues and scores, was included in a hand-out that was enclosed with a centenary brochure handed out at the 2021 event. This can be seen if you click here.

The 2021 Semi Final and final were played at Duddingston Golf Club on Tuesday 3rd and Thursday 5th August.

In the Semi Final matches, it was Fraser Rennie of Braids United that got the matches underway, however, it was Billy Bishop from Pumpherston that had the upper hand most of the way and seen his way into the final with a 4&3 victory.

The other match proved a closer affair between Peter Whitecross of Liberton and Jamie Rafferty of Binny.  Peter won by 2 holes on the 18th green.

In the Handicap Match play final it was an impressive start for Billy Bishop who built a 3 up lead by the 10th hole. Peter Whitecross attempted to get himself back into the game but it was Billy that proved to be a formidable opponent.

The match was finished at the 16th when the players halved the hole.

Congratulations go to our Handicap Champion, Billy Bishop of Pumpherston. One highlight of the event over and above his win, was a hole in one when he played one of his earlier ties at Gullane No1. Billy is pictured here with his trophy. 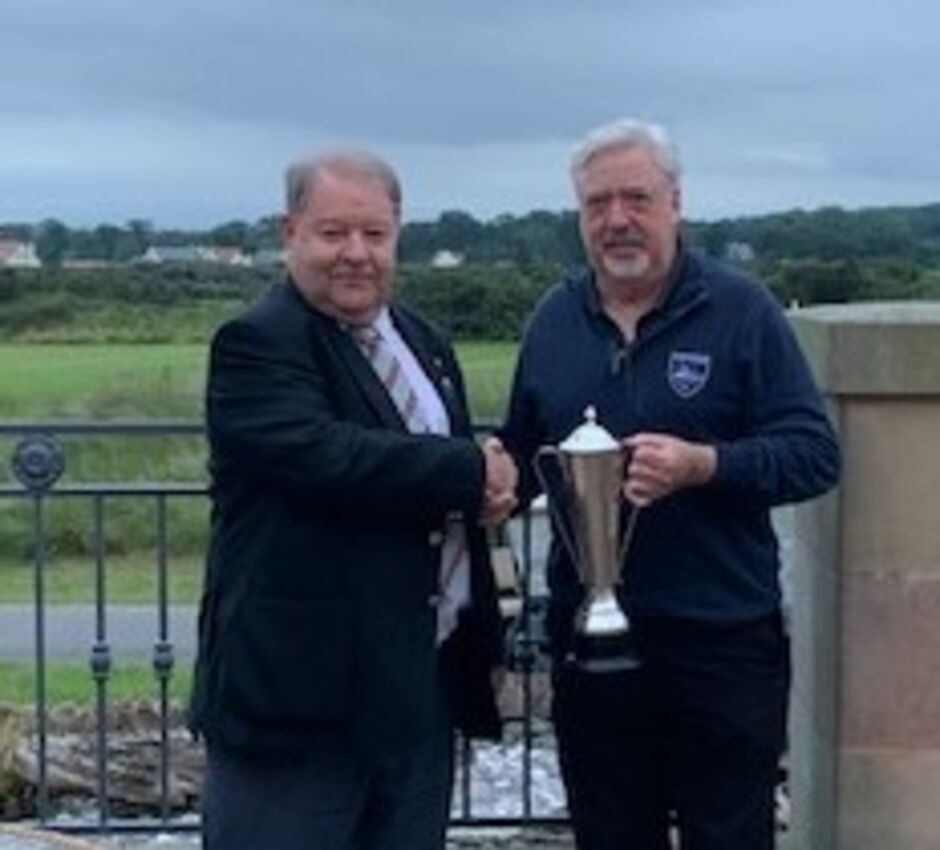 David Gilroy (Corstorphine 8.30) is the Handicap Match Play Champion following his 2 & 1 win over Colin McElhinney (Duddingston) at Archerfield. This is the first time a Corstorphine 8.30 player has won this event.

69 players took part in the 2019 which was 3 more than the previous year but still well short of the maximum 108 eligible.