Host of the Lothians Team Tournament 2021

The Lothians Team Tournament is open to all affiliated clubs and societies in the Lothians area of Scottish Golf Ltd. It was first played in 1921, the year the Lothians Golf Association was formally constituted.

Mortonhall won the inaugural event with an aggregate score of 463, finishing ahead of Burgess and Bruntsfield Links. WC White (Mortonhall), Dr A Clelland (Stewarts College FPs), Stuart Forsyth (Carlton) and WB Torrance (Burgess), as the four lowest scorers, were the qualifiers for a follow up individual match play tournament.

The Shield for the Team Tournament, was first played for in 1926, making it the oldest trophy in events run by the Lothians Golf Association. It cost seven guineas having been donated by members and past members of the committee at the time.

In 1936 the Stuart Cup was presented by a retiring secretary and this was used initially as the individual match play trophy. The individual match play event continued until 1947 the year the Amateur Championship was instigated. Between 1948 and 1964 the leading players in the Team Tournament went on to play a 36 hole stroke play event for the Stuart Cup. The Team Tournament then took on a foursomes format for a few years and the Stuart Cup found a new use as the trophy for the best qualifying score in the Amateur Championship.

In the first five years the individual event was dominated by WB Torrance (Burgess) and W Willis Mackenzie (Mortonhall), who each won it twice. They, incidentally, were the only Scottish players in the first Walker Cup team in 1922.

The current format involves teams of 3 players competing over 18 holes on one course. All three scores count and the winning club is the team who return the lowest aggregate score over the three rounds. For many years the winning team represented the Lothians in the Scottish Men’s Club Championship in September and the winner of that then represents Scotland in the European Men’s Club Championship in October. Scottish Golf dropped the Scottish event in 2019 and were not represented in the European Championships.

In conjunction with this event the Walker Trophy was presented in 1954 and is awarded to the best Society team.

For a more detailed sheet about the Team Tournament Shield click here.

For a list of all the players in the winning teams for the Team Tournament Shield click here.

For a more detailed sheet about the Walker Trophy click here.

For a list of all the players in the winning teams for the Walker Trophy click here.

The 2021 event was held on Saturday, 1 May at  Craigmillar Park Golf Club. 47 Clubs took to the course on a cold and breezy day following a few call-offs in the lead up to the Tournament.  Although with a one year gap due to COVID-19, the defending Champions Dunbar were again triumphant and were represented by Jamie Duguid, Grant Thomson and Connor Wilson who recorded the lowest score of the day with a 63 (-7). It was a tense affair up to the end with Dunbar only squeezing our Mortonhall on countback after both clubs recorded totals of 207, however, it was Dunbar who held the better inward nine scores of 104-105. This is the third time Dunbar have won the Shield and it now travels back down the coast to their clubrooms.

The winning team is pictured here at the presentation day with Dunbar Club Captain, Janette Main 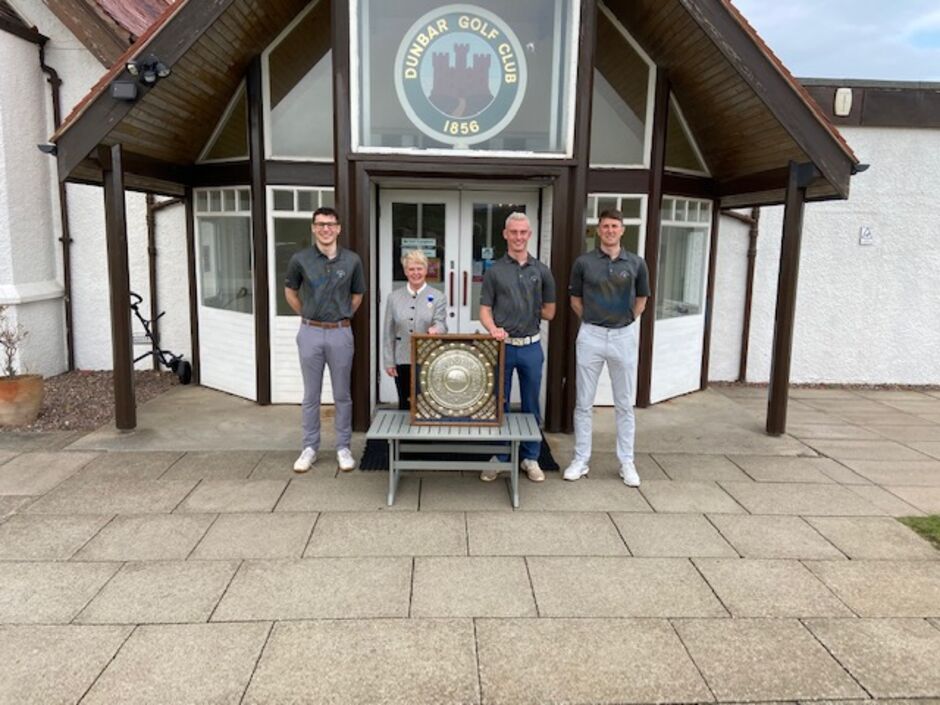 In the Walker Cup, the tournament for the Affiliate Clubs, it was a triumph for George Heriots FPGC, who, with a score of 219, seen off their closest rivals Hailes GC by one shot (220)  Heriots have had a lot of handling of this trophy as they now have a tally of eight wins in this competition. The team are pictured here with their Club Captain. The photo shows the winning team (L to R) Steven Sinclair, Elliot Innes, John Archibald (Club Capt) and Scott Johnston. 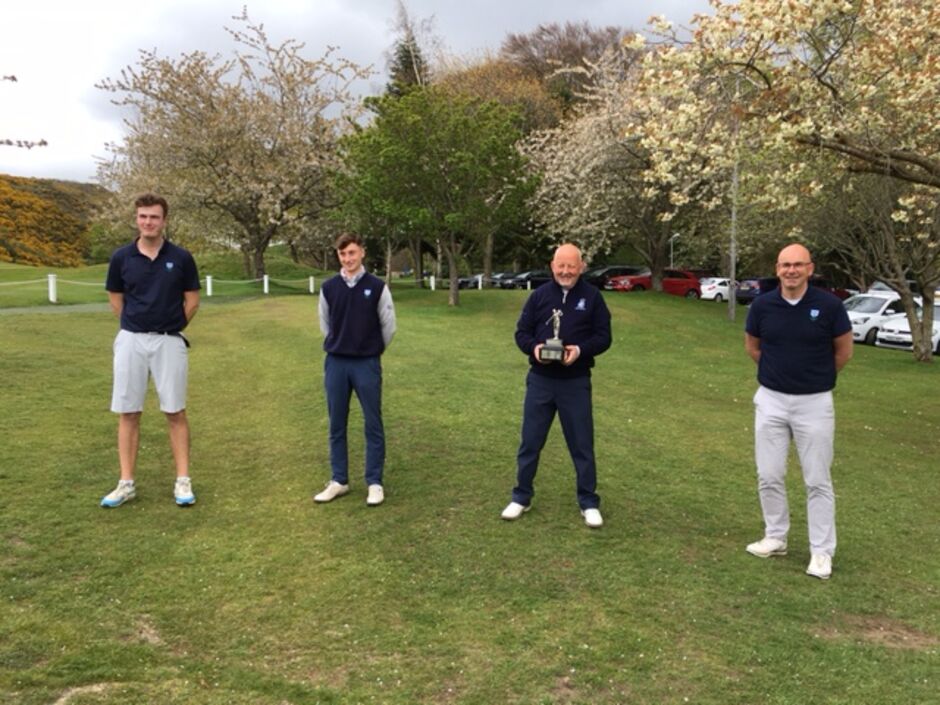