Host of the Lothians Champion of Champions and Handicap Matchplay 2021

Semi Final on Tuesday 9th August and Final on Thursday, 11th August 2022 to be played at Longniddry Golf Club

The Lothians Champion of Champions event has been in existence since 1963 and involves the champions from all the clubs and societies affiliated to the Lothians Golf Association. It has been won by some of the best players to come through the Lothians ranks, including George Macgregor and Ronnie Shade.

A draw is made in February of club champions from the previous year, with the first names out of the hat enjoying home advantage through until the semi-finals, which, along with the final, are played at a neutral venue.

More detailed information about the trophy and the winners, including the runners up, scores and venues was included in a hand-out enclosed with a Centenary brochure handed out at the 2021 event. This can be seen if you click here.

The 2021 Semi Finals and Final were played at  Duddingston Golf Club on Tuesday 3rd and Thursday 5th August 2021.

On an excellent evening for golf which has allowed for some great play, the Semi Finals of the Champion of Champions got underway with home player Ben Alexander getting the proceedings underway with his match against Dunbar Player, Lee Morgan. Despite a level of home advantage it was Lee Morgan that came out triumphant and seen the match out at the 16th with a 3&2 victory.

In the other Semi, it was Royal Musselburgh's Craig Johnstone who was feeling the pace early on with Steven Sinclair taking an early advantage and by the 8th was two holes to the good. However, some brilliant play from Craig seen him win 4 holes from the next 5 to gain and advantage and seeing the match out 2&1.

In the Champion of Champions final on the Thursday evening it was a ding dong affair with both players leading at various stages of the match. However it was a par at the 17th to go one up that tipped the match in favour of Craig Johnstone who saw the match out on the 18th when Lee Morgan missed his par putt.

Congratulations to Craig Johnstone of Royal Musselburgh for becoming the Champion in the Centenary year of the Association. Craig is pictured here after his triumph with the trophy. 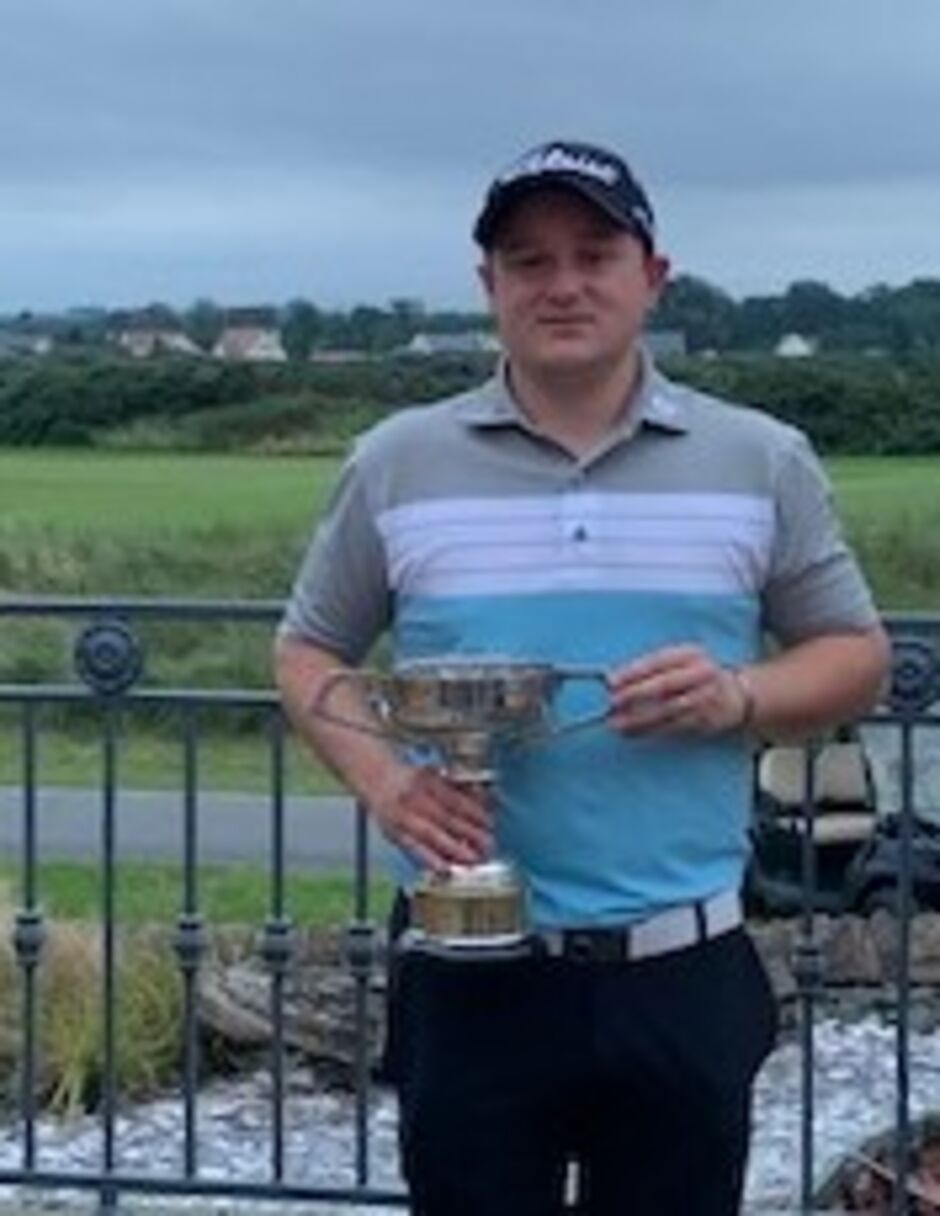 Graham Davidson (Winterfield) is the 2019 Champion of Champions following his 3 and 1 win over Ben Alexander (Duddingston) at Archerfield.

This is Graham's 4th victory in this event and his second success at Archerfield. He is fast closing in on Keith Nicholson’s record of five wins.

It was a close game with never more than a hole between them over the first 12 holes with Graham pulling away with birdies at 14th and 15th to be 2 up.  Graham’s par 3 at the 17th brought the game to an end.

72 players took part in 2019 which was two less than the previous year and well short of the maximum of 108 eligible.