One of the most popular events on the fixture list, it involves both handicap and scratch events. The prize for the overall winner is the Ian MacNiven Quaich, which was donated in 2011 by Renton Laidlaw in memory of the late Edinburgh Evening News golf correspondent. Prior to that, the champion received the Buisitron Trophy.

Our recent governance review highlighted the fact that we should do more for players in the higher handicap ranges. This competition caters for all people with a national handicap whose home club is in the Lothians and who are over the age of 55 on the day of the competition so it certainly addresses that issue. There are handicap and scratch prizes in 3 age ranges.

The R M Lees Trophy is the top scratch prize. The leading scratch player gets an automatic invitation to play in the Lothians Seniors team in the Seniors Area Team Championship and this event also influences the other places in that 6 man team. The Lothians won the Scottish event in 2019.

More detailed information about the trophies and the winners, including the venues for each event, was included in a hand-out enclosed with a Centenary brochure handed out at the 2021 event. This can be seen if you click here.

Liberton Golf Club, kindly hosted the Seniors Championship in 2021, they were to host it in their Centenary year in 2020 but COVID restrictions put paid to that. It is particularly appropriate since this was for many years the home club of Bobby Lees whose trophy is competed for as the top scratch prize.

On a difficult morning with torrential rain, the course managed to stay open through some excellent work of the Liberton Greens Staff, despite this there was some excellent golf played and it was Graeme Millar (Swanston) who managed to follow in the previous winners footsteps by taking both the Handicap and Scratch events. Graeme recorded a scratch winning 69 and with his handicap of four removed  recorded a Nett 65 to win both trophies.

Graeme is pictured here receiving both the Ian MacNiven Quaich for the Handicap and the RM Lees Trophy for the best Scratch from President, Jean Macnab. 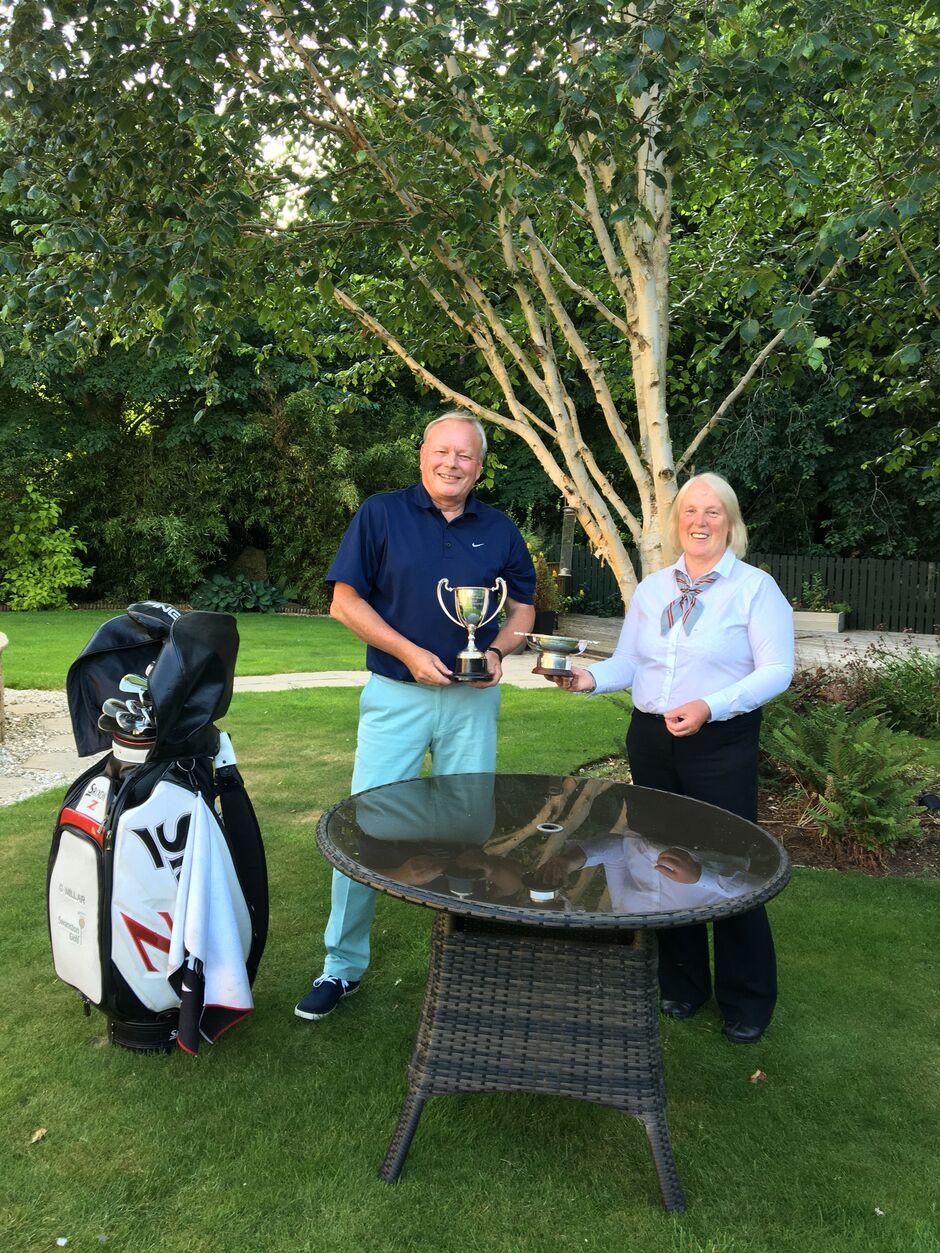 Graeme will now be invited to play for the Lothians team in our Cup holding Seniors team when we defend our Seniors Area Team Championship later in the year.