Host of the Lothians Amateur Championship 2021

The Lothians Championship is the Lothians Golf Association's flagship event and was first held in 1947 when the local evening newspaper presented the magnificent Evening News Championship Trophy, one of the most impressive trophies in golf. The Evening News sponsored the event for almost 50 years.

The Stuart Cup, which was first used for individual winners in the Team Tournament, has, since 1965, been used as the trophy for the leading qualifying score in the Amateur Championship.

The first winner of the Championship was A S Flockhart, of Royal Musselburgh. He went on to represent Scotland in the Home Internationals in 1948/49, a feat that has since been achieved by 15 other Lothians champions.

Duddingston has produced the most winners in the event, including five-time Scottish champion Ronnie Shade and Stuart Smith, who shares the record for the most wins - four - with Haddington's Keith Nicholson.

Before 2018, Smith, Nicholson, Gullane’s W C D Hare and Ratho Park's Callum MacPhail were the only players to have successfully defended the title, the former having chalked up a hat-trick of wins from 1993-1995 however they are now joined by Jamie Morris of Glencorse.

Only J Burnside has successfully defended the Stuart Cup (1957/58) and only Stuart Middleton (Glencorse), Lee Morgan (Dunbar) and now Connor Wilson (Castle Park) have won both the stroke play and the match play trophies in the same year (1990, 2016 & 2020 respectively) but 10 others have won both trophies in different years.

The format for the event was reviewed for 2016 and having been successfully completed over the last four years, and the changes, supported by the players, will remain in the revised format for 2021.

There will be a 36-hole stroke-play qualifying played over two rounds on  Sunday, 11 July 2021 at  Mortonhall Golf Club. Mortonhall have hosted the event on 6 previous occasions and we are looking forward to returning here in our Centenary year. The leading 16 qualifiers will go forward to the match play phase at the same venue with the match play rounds being held on   Tuesday, 13 July for the round of 16 players, Thursday 15 July for the Quarter Finals and the semi-finals and final on Saturday, 17 July 2021. 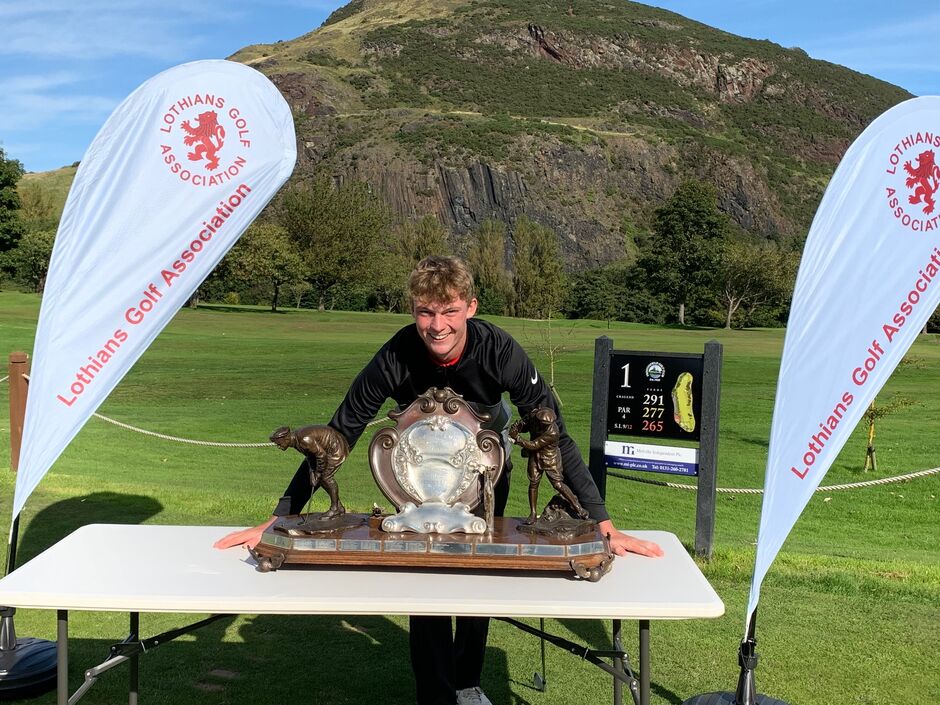 Congratulations go to Connor Wilson from Castle Park for his excellent performance in the final at Prestonfield. Connor has broken the Lothians 'curse' by maintaining his form by becoming the leading qualifier and going on to win the Championship Trophy. Connor is only the third person to ever achieve such a feat.

His victory today over Andrew Benson (West Lothian) by 3&2 was another first class performance with two good rounds at qualifying followed by three quality rounds in the match play stages. Connor maintained his form throughout the week.

This a first win for the Castle Park Club in a Lothians Tournament.

Connor indicated that he had heard of the Lothian curse and that he tried to put it the back of his mind. He was glad to get over the finishing line and looks forward to improving his golf going forward.

The Association wish to thank Prestonfield for their continued support in hosting our top event of the year. The course and facilities were provided to us in fantastic condition and everyone at the Club have been welcoming.

In the second match Andrew was 4 up through 9 and approx 2 under par. He lost 10 to a birdie 3 from Stuart, however Andrew won the short 13 with a par and sealed victory on the 15th with a par 4.

As the leading quailifier Connor Wilson was also presented with the Stuart Cup his score of ??? was ?? less than the rest of the field. 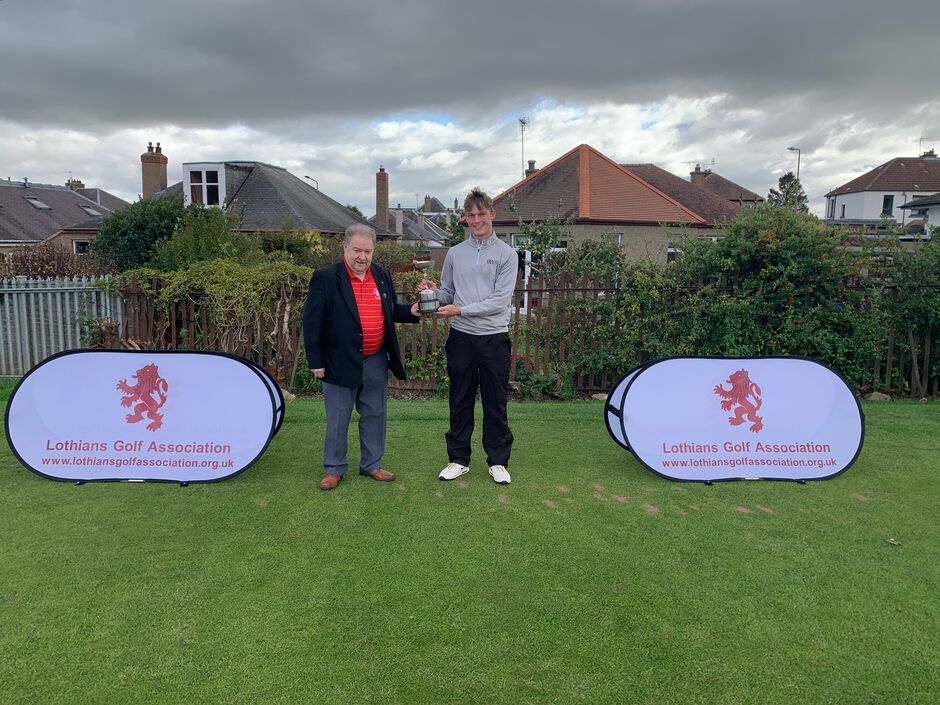 In a closely fought match Mark went ahead with a birdie 3 at the 3rd, only to be pegged back to all square at the next. Mark went ahead again at the 7th where the hole was conceded and again the advantage only lasted one hole. Mark birdied the 9th to turn 1 up.

A four was good enough at the 10th to go 2 up but Stuart won the 11th and 13th with pars to bring the match back to all square with 5 holes to play.

Stuart holed a monster putt at the short 15th for a 2 to go one up in the match for the first time and with the 16th halved in pars, stood on the 17th tee 1 up with 2 to play. Mark birdied the 17th from 3 feet to square the match and with the 18th halved in birdies, the match went to extra holes.

Mark birdied the 19th from 3 feet to take the title back to Turnhouse GC for the first time since 2004 when Steven Armstrong won at Mortonhall.  The loosing semi-finalists were local player Jamie McIntosh and Scott McCandless of Bathgate.

Allyn Dick (Kingsfield) won the Stuart Cup as the leading qualifier with a 10 under par score of 130 (67 + 63). This equalled Keith Nicholson’s record of three Stuart Cup victories. He finished one ahead of 2017 Stuart Cup winner, Stuart McLaren (Bruntsfield Links GS) with Benn McLeod (Musselburgh) and Stuart Blair (Royal Musselburgh) in third place on 135. The cut for the match play was 142 with only one of 7 players on that score getting through on a countback.