The Lothians Boys' Champion of Champions is a relatively new event, having been started at Craigmillar Park in their Centenary year in 1995. Wherever possible, the venue has been at a Lothians club celebrating its Centenary.

It is interesting to note that the first winner of the Speirs Trophy, the prize on offer in the Lothians' Boys' Championship, was J Aitchison (Caermount) and this long-standing non course-owning club now supports Lothians junior golf by sponsoring the Boys' Champion of Champions event.

Two winners of the event, 1998 and 1999 champion David Inglis and 2002 victor Lloyd Saltman, went on to represent Great Britain & Ireland in the Walker Cup.

The Junior Champion of Champions event was played at Swanston GC on Sunday, 27 March 2022. There were only 12 competitors after a few entrants required to withdraw due to various illnesses and work commitments, however, that did not dampen the enthusiasm of those who played.

This event was once again sponsored by one of our Area Affiliate Clubs, Caermount and we are grateful to their Club and members for their continued support of this event.

The Swanston course was provided in excellent condition and it was no surprise that our young players started to get the measure of the course.

It turned out to be a successful day for Sean Gallacher the Prestonfield Champion who managed to get round in 74 shots for his 5 over round. He was pushed all the way by his playing companions and required a BIH score to get himself over the line. In second place was Baberton's  Luca Smith (74) with Harry Hawthorn (75) of Murrayfield was third.

In the handicap element of the competition it was success for Liam Findlay of Harburn who recorded a 77 less his 8 shots for a Nett 69, second was Dalmahoy player, Cameron Kpedekpo who scored 76 less 5 for a nett 71. 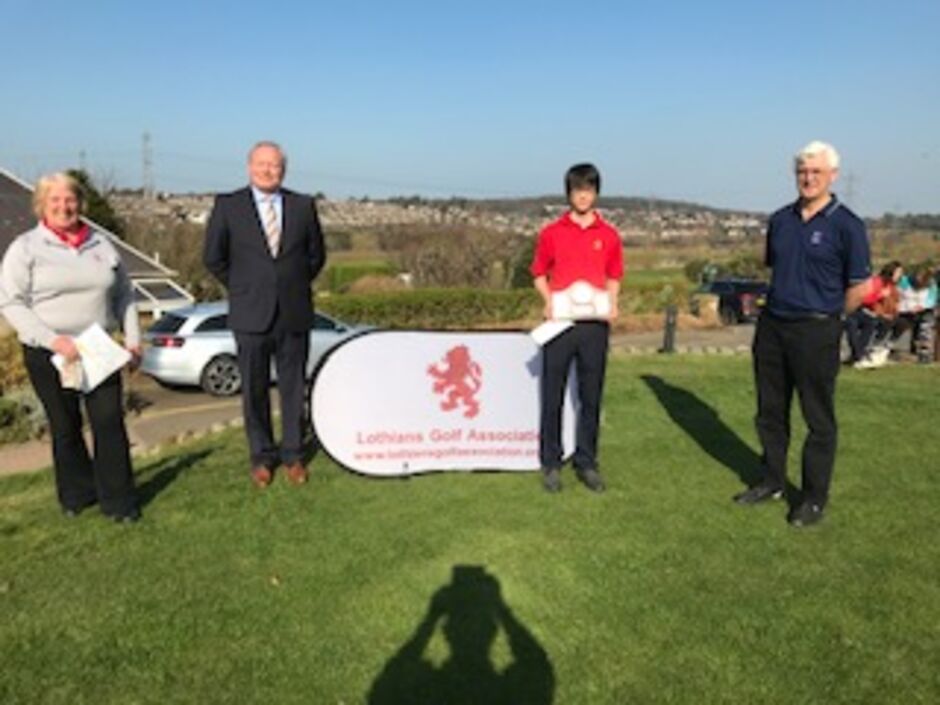 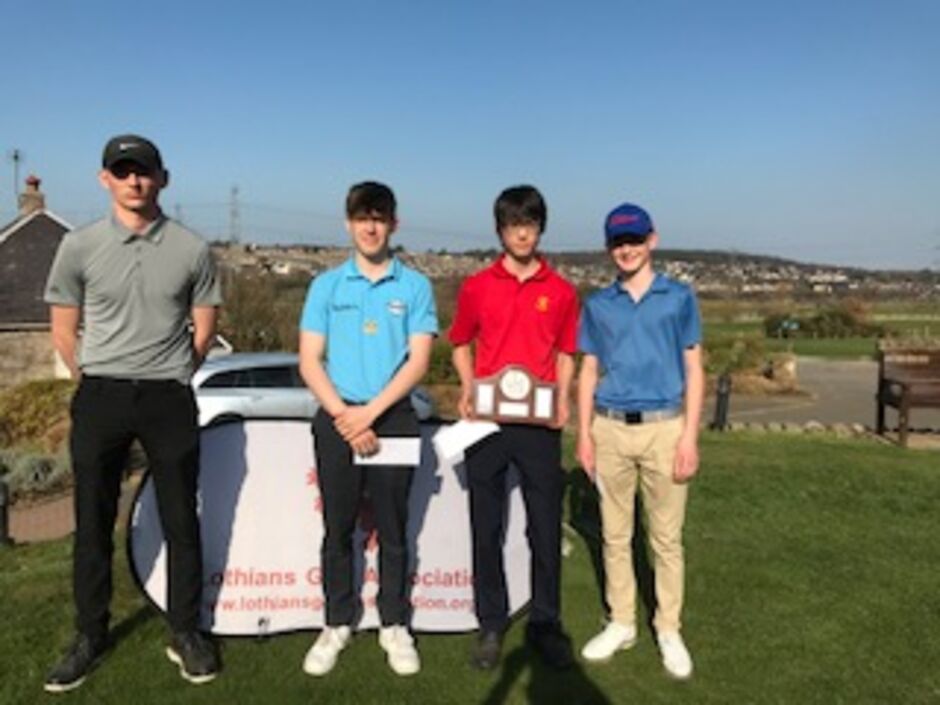 The event was played at Baberton GC in August 2021. There were 21 competitors after a few entrants required to withdraw due to the Scottish Boys and British Boys Championships, however that did not dampen the enthusiasm of those who played.

The winner was Neil Canavan the Longniddry Champion who managed to get round in 69 shots for his one under round. He played so well that he left his rivals three strokes adrift and also lifted the SW Edinburgh Junior Championship as well. In second place was Royal Musselburgh's  Luke Greig (72) with Connor Currie (73) of Turnhouse was third. In the handicap element of the competition it was success for Arran Watt of Swanson who recorded a 76 for a Nett 67, second was local Baberton player, Charlie Smith who scored 96 less 27 for a nett 69.

Winner, Neil Canavan is seen here being presented with the Junior Champion of Champions Shield from President, Jean Macnab and Margo Boyle the Baberton Lady Captain. 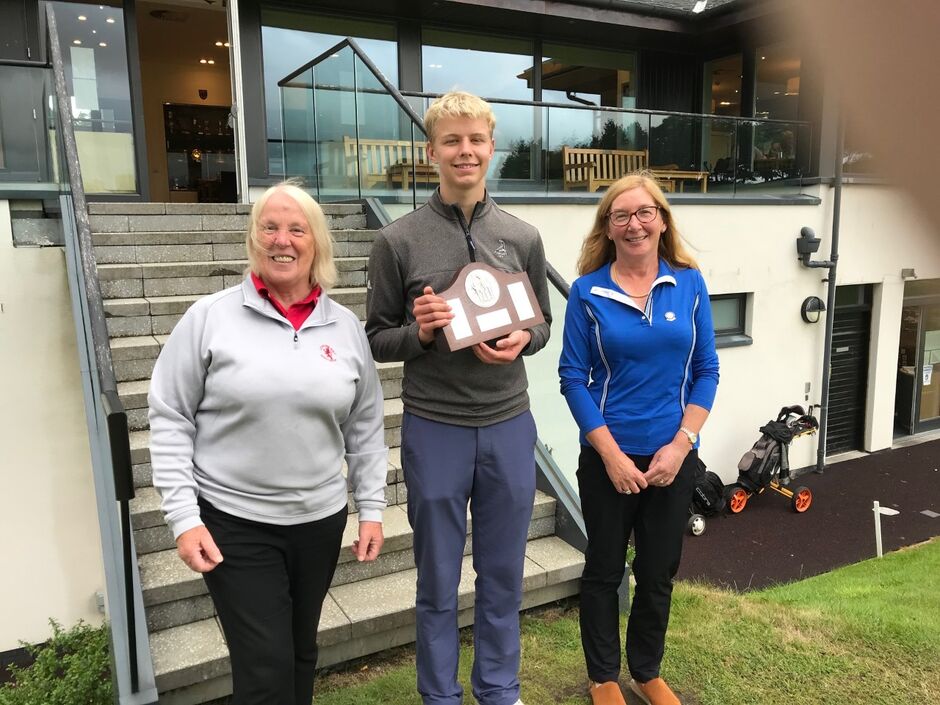 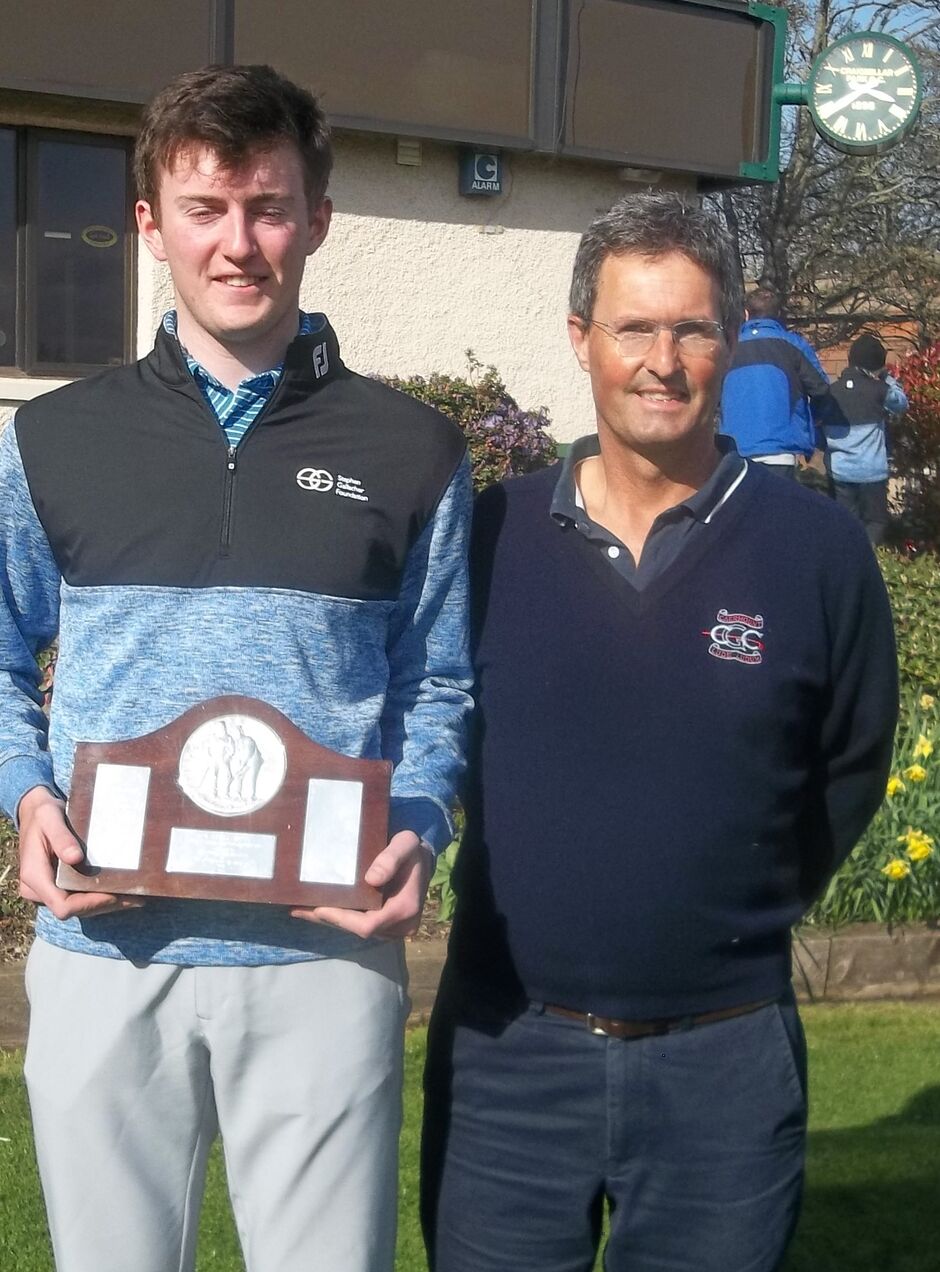 The 2018 event was played at Craigmillar Park Golf Club in March 2019 where Cameron Gallagher (Longniddry) won with a great three under par score of 67. He is seen in the photograph receiving the trophy from a representative from sponsor Caermount. Jack Noon (Musselburgh) was close behind on 69. Jamie Simpson (Bruntsfield Links GS) and Neil Canavan (Kilspindie) were third equal on 71. The handicap first prize went to Kiron Gribble (Melville) with a score of 79 – 15 = 64.