The Club claims to be the oldest office Golf Club in the World". This claim has been tested in the press and, although the Edinburgh Electric Golf Club was started earlier, it does not have a continuous existence. The Scotsman Golf Club is also very old, but concedes the title of oldest to us.
The origins of the Office Golf Club are difficult to be precise about; what is absolutely clear is that it was functioning as an organised Club in 1878 with the Club Medal, first presented that year. The Medal is still played for today and the original medal is incorporated in the current trophy.
In these early days, the Club had outings to Leith, Musselburgh (then an Open Championship venue), Burntisland, Kinghorn and Elie, amongst other courses and Transport to the courses in Fife included journeys made by ferry.
The Club takes its name from Register House at the east end of Princes Street where the Department of the Registers of Scotland along with the Scottish Record Office was located prior to the Registers of Scotland moving to Meadowbank House in 1976. The membership comprises staff from both the Registers of Scotland and the Scottish Record Office.
These days the club membership continues to flourish and we still enjoy 7 annual outings as well as running two knockout competitions, one scratch and one handicap. We also have an annual team match against Leven Golfing Societly played over the fabulous Leven links. The clubs biggest acheivement to date is winning the Sivewright Quaich in 2014. 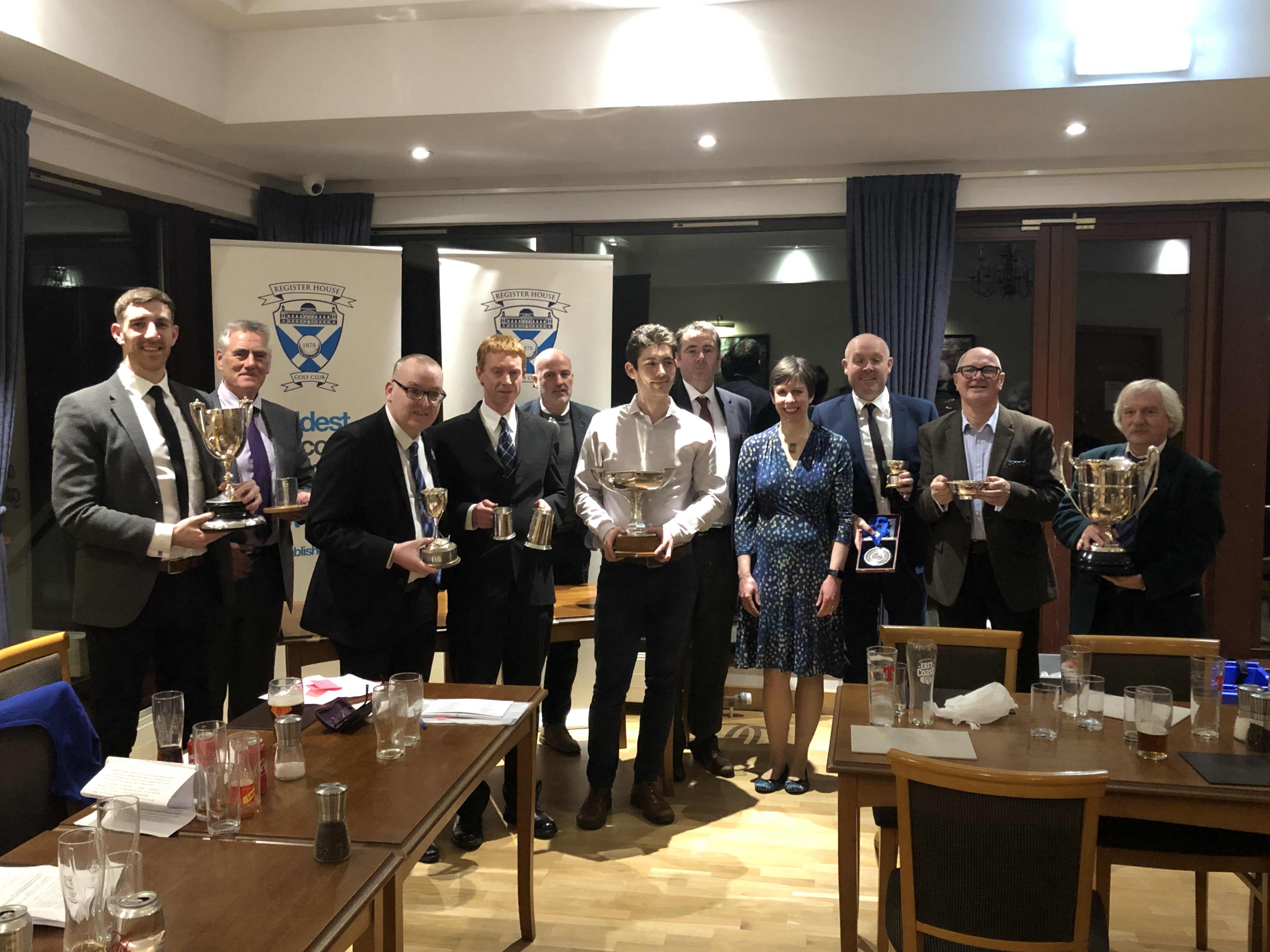