Thorntree Golf Club, Prestonpans, East Lothian. (Established 1856)
On the 21st September 1745 the battle of Prestonpans was fought and a Colonel James Gardiner, who was fighting on the English side, died at the foot of a White Thorntree, part of which is now in the Edinburgh Naval and Military Musem, this was subsequently how the club got its name.
Established in 1856 the club sometimes referred to as Prestonpans Golf Club continued until 1903 when the course was lost due to coal mining.
The original Thorntree Golf Course was one of six holes on the seaward side of the Edinburgh / Prestonpans Road which in 1895 was extended to twelve holes.
The Forth Collieries Company drilled and struck a coal seam averaging six feet in thickness. The new pit would be constructed in the centre of the Thorntree golf course.
After 1903 they had no course but in 1912 they used Port Seton Golf Course as their base until 1938. After 1938 the Thorntree Golf Club became affiliated to the Royal Musselburgh Golf Club. The Thorntree and Port Seton Golf Clubs play an annual match for the Peter McAldin Trophy.
The Thorntree Golf Club remains strong. It is a club within a club based at the Royal Musselburgh Golf Club (Instituted 1774).
The club now have a full calendar and the main highlight of the year are the medals which date back to 1856 when the club was formed.
Thorntree were the first winners of the oldest team golf trophy in the world - the County Cup in 1868. They went on to win it again the following year in 1869. 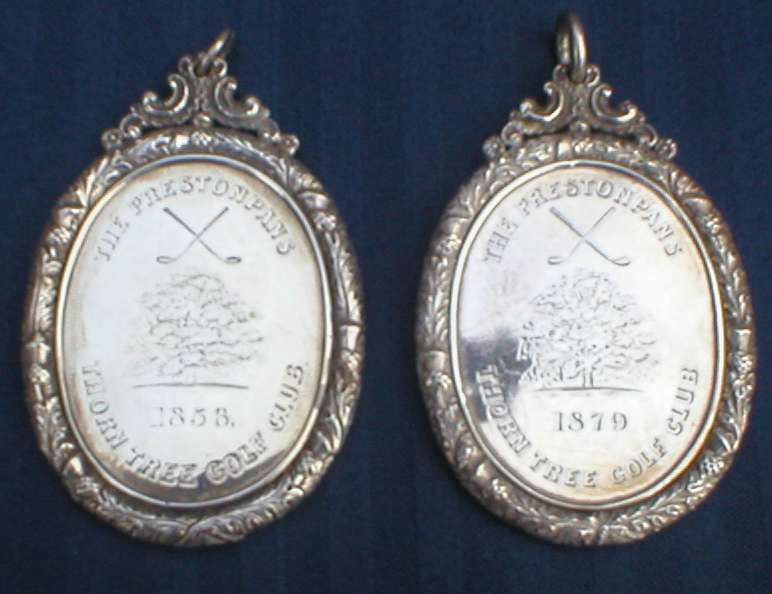